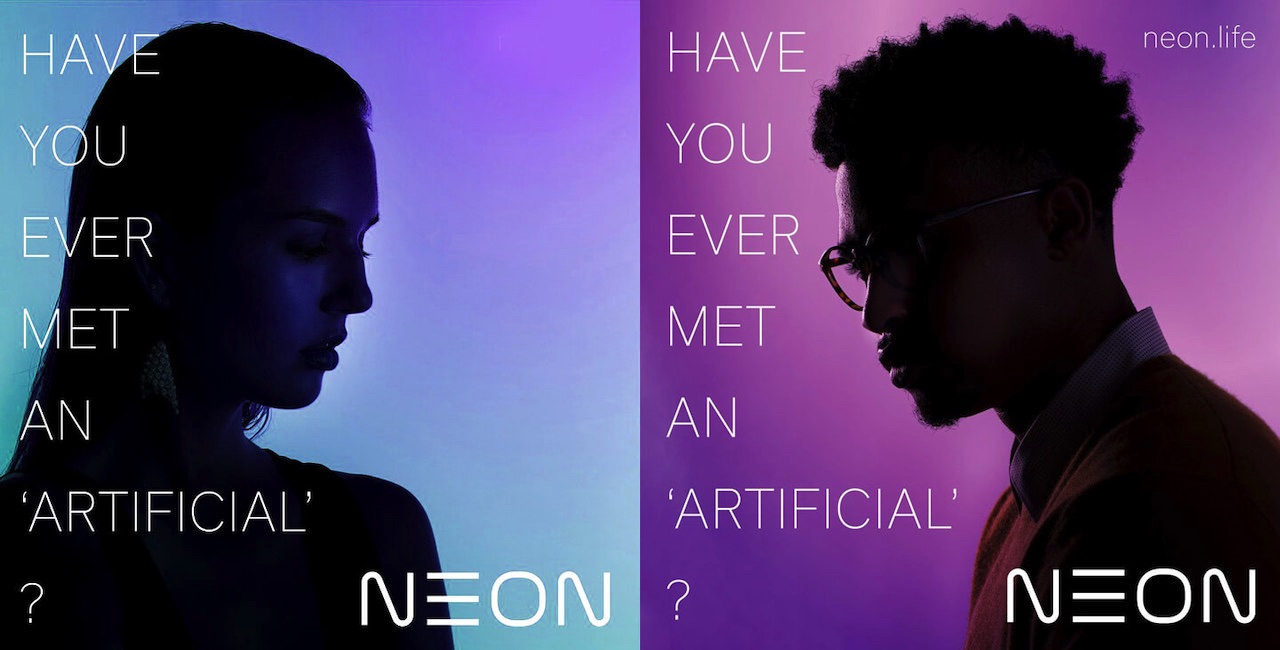 Virtual assistants like Alexa and Siri have become a part of our everyday life. This is nothing but AI-driven technology that helps us on a regular basis. As the tech world is increasingly experimenting with AI, it is only obvious that we will see some groundbreaking results. One such example is the launch of Neon’s Artificial Humans at CES 2020. Now, keep in mind that Neon’s latest launch is nothing like Alexa and Siri. Yes, it works on AI but it is not just a voice assistant. They are more like your companions in a human-like physical form. They will do a lot more than reminding you about tasks and telling you about weather updates.

So, let’s get down to a detailed discussion on what exactly is Neon’s artificial humans!

What is a Neon?

It is an AI-based digital avatar that is created with the aim of mimicking real human emotions and expressions. The vision behind it was to create a highly lifelike companion that not only has its own personality but also converses and behaves like humans. Neons will also be able to remember and learn.

As per the Neon CEO Pranav Mistry, “ Neons are more like us, an independent but virtual living being, who can show emotions and learn from experiences”.

Is it Owned By Samsung?

Neon is a brainchild of Pranav Mistry, a longtime Samsung Researcher. The project has come out from STAR labs. STAR is an acronym for Samsung Technology and Advanced Research labs. STAR labs is funded by Samsung but it is not actually Samsung Company.

Pranav Mistry made it very clear that Neon is not here to replace Samsung’s digital assistant Bixby. Neither will you find it installed in any of the Samsung products. The company is entirely independent of Samsung.

What will a Neon do?

At present, it cannot do much as Neon is still in the start-up phase. The beta version of Neon is expected to release at the end of this year. At the CES, Neons were presented as a chatbot, as an AI engine with a face. But far more advanced than weather-related questions or time taken to reach a certain place. The future of Neon can be explained by some examples.

For instance, a Neon can act like your language tutor, receptionist, personal financial advisor, healthcare provider, spokesperson or virtual counselor. The list of possible scenarios is unending. Not only that, a Neon can teach you Yoga like a human instructor. It will increase the difficulty level as you progress. It can teach you a new language as well as help you with translation in real-time.

Pranav Mistry is of the opinion that these avatars presented at CES 2020 won’t be turned into robots. However, there is a possibility that they may be the modern version of a hologram. While this is put into practical implementation, you can interact with Neons by using the same technology that you use to connect with friends and family. For example, tablets, smartphones, PCs and smart TVs.

In real life, Neons will appear lifelike and life-size. The first phase of Neons is based on real human likenesses. The future Neons are expected to look like real people. The Neons will look like humans but not like any actual, living people.

Can Artificial Humans Feel too?

The current AI voice assistants Alexa and Siri don’t have any feelings. They will respond in the same manner irrespective of how you talk to the. They are passive to any kind of irrational behavior.

This is another factor where a Neon is different from Alexa or Siri. If you are rude to Neons, there is a high risk of upsetting them. The Neon may become angry too. On the contrary, if you are polite to them, they will also respond kindly.

Again a major difference between Neon and present AIs. As opposed to Apple’s Memoji feature on iPhones and iPads, you can’t choose how your Neon will appear. Neons will appear on your screens fully developed and there’s no option to change them.

Now, Neons have been designed this way so that the users focus more on their interactions with a Neon rather than on less important aspects like appearance. The Neons will also come with their own names.

Let’s come down to the main concern with AI-driven technologies – Privacy!

In a time when all the major names in the industry are facing questions about privacy concerns, how is a Neon going to be different? The company behind Neon is of the opinion that privacy is at the core of Neon’s design. All language processing will happen on the device. All records of your interactions will be private. The company is emphasizing on the fact that your private info will never be shared without your permission.

Just like a real human being, memories of an interaction will be tied to a specific neon. If you will have a conversation with a new Neon, then you can’t continue from where you last stopped with the previous Neon. It’s like starting over with a new friend.

That’s All on Neons!

We hope that by now you are pretty much clear about Neons and have realized the revolution that Neons are about to bring. The practical usage of Neons in industries or people’s lives will change how people will interact with AI. We all know that there are pros and cons to everything to everything in the world. While we can see some amazing benefits of using a Neon, only time will tell about the negatives of this new discovery!